← back to
Philos Records
Get fresh music recommendations delivered to your inbox every Friday.
We've updated our Terms of Use. You can review the changes here. 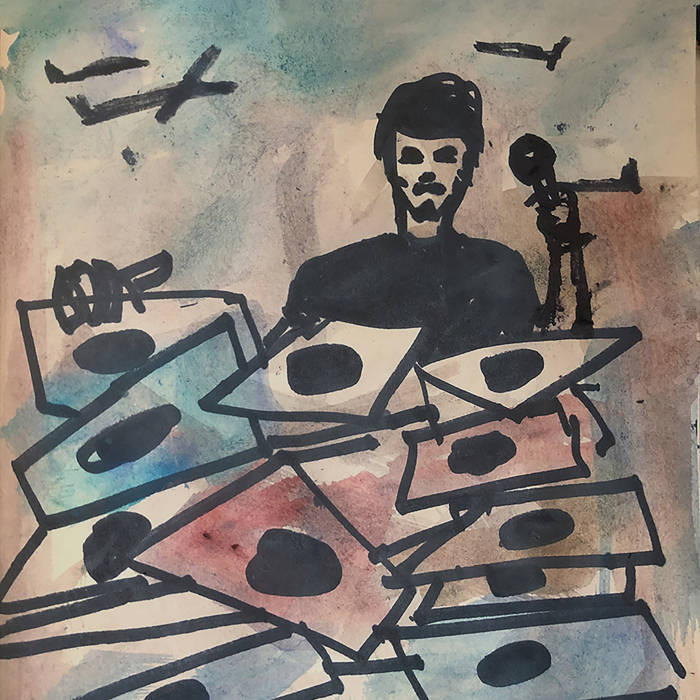 Atlanta based MC, Obeah is throwing it back to the old school hip-hop days of two track A/B vinyl collections with his latest release, Way Up/Vibe Catcher (Mid 90’s), via Philos Records. Featuring lyrics by Obeah, beats from ATL producer Niles, artwork by Chuck D of Public Enemy, and lettering designed by E.Pesante, this is a one of a kind compilation piece from front to back.

“Both of these songs, written during the same period of time when Niles sent me a bunch of beats, are about different types of escapism. Way Up is more about escaping with a lover away from the daily grind, while Vibe Catcher is more about solitude and checking out from society for self reflection, self love, and healing,” Adam Venable, known as Obeah, described the tracks.

“[Obeah has] sharp, precise vocals, razor-like tone and enormous wit. He chops vocals like sushi," Chuck D said about working with Obeah. The pair have collaborated on many artistic endeavours.

The front artwork was originally created for Obeah by Chuck D with watercolor and marker. The back is hand drawn calligraphy by E. Pesante of Columbus. Arrangements have been produced on high quality 7” 45rpm vinyl records.

Obeah has been cutting his teeth in America’s independent music scene with various groups &performing across the world with P.E., all the while remaining true to his desire to serve a cause greater than his own. Raised in Columbus, GA and now residing in Atlanta, Adam’s southern influence is undeniable but this Renaissance Man could never be defined by one genre, occupation or geographic region. ... more

Bandcamp Daily  your guide to the world of Bandcamp

sndtrak stops by with an Album of the Day Feature of his most recent release, FLIPS V1: Triple Lindy